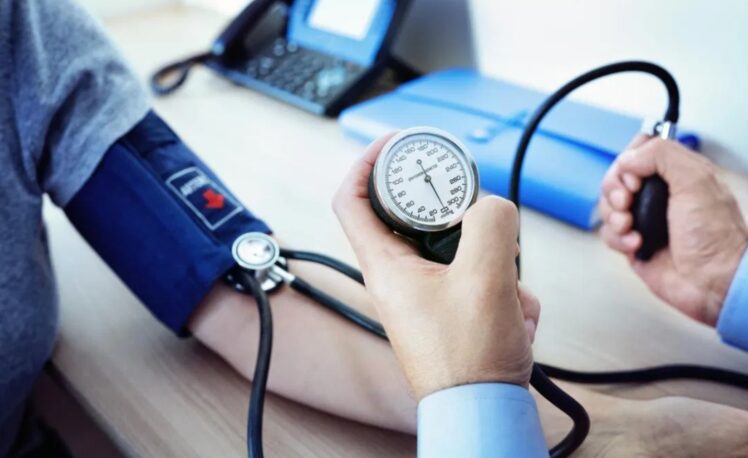 Dangerously high blood pressure more than doubled in the United States from 2002 to 2014, new research shows.

"Losing a loved one can make you feel as if your heart is breaking—and sometimes it really is. Broken heart syndrome isn’t just Valentine’s Day hyperbole. It’s an actual medical condition, also known as stress-induced cardiomyopathy."

A new study with heart patients finds that a high resting heart rate may be a predictor of a shorter life expectancy.

Many people don't realize they have high blood pressure until it's too late. WCAU's Dr. Alison Brucker reports.

- A leading cause of stroke, heart attack, and kidney failure.
- Most people don't feel high blood pressure until it is very high or starts to cause bad complications.

- The prognosis for people suffering from heart failure is worse than cancer.
- Many People taking the drug reported a huge improvement.
- The drug lowers a person's heart rate.

Read more …Heart Failure; Can a $2 Pill Save Your Life? - ABC NEWS (video)

"Dr. Lin's findings represent a significant milestone for Neuralstem. They are the first to show how our human spinal cord-derived stem cell product, NSI-566RSC, currently in a clinical trial for ALS, and which we expect to be in another clinical trial for spinal cord injury, also works in the stroke brain,"

CBS weatherman and anchor Mark McEwen suffered a massive stroke nearly five years ago that almost took his life. Early Show anchor and close friend Harry Smith looks back on a visit he made at Mark's Florida home early in his recovery.

Researchers found that the use of a non-steroidal anti-inflammatory drug (NSAID) - celecoxib, ibuprofen, naproxen, diclofenac, other oral NSAIDs, IV/injection such as ketorolac (Toradol) - in the prior month may have elevated their stroke risk.

- People should use NSAIDs at the lowest dose and for the shortest time necessary to relieve their pain - AHA.
- The AHA recommended that people first try to ease their aches and pains with acetaminophen (Tylenol) -- known to be protective against heart attacks.

NSAIDs other than aspirin may contribute to heart problems or stroke for a few reasons, including effects that may make blood clots more likely to form or may create spikes in blood pressure.

The annual rate of major bleeding was not significantly different between patients on apixaban and aspirin, at 1.4% and 1.2% respectively, and there was also no significant difference in clinically relevant non-major bleeds.

- CT scans are a specialized series of X-rays; MRI uses magnets and radio waves.
- MRI scans can help reveal how severe some types of stroke are and may help find lesions early.
- "research suggests finding lesions early may lead to better health outcomes."
- Ischemic strokes are caused by a blood clot in the brain, 3 hour response.
- Hemorrhagic strokes are caused by bleeding in the brain.

- high blood pressure can cause minor strokes and bleeding.
- daily exercise, reduce sodium intake, increase potassium intake.
- too much sodium causes you to lose potassium and this can cause muscle aches.

- even a small reduction in blood pressure can lower your stroke and heart disease risk.
- cutting down on sugar drinks lowers blood pressure.

Read more …Women with a history of irregular menstrual periods may have a higher risk of developing heart...

- It usually starts as the worse headache of your life.
- Common causes of the bleeding are physical injury, brain aneurism, blood disorders, blood thinners, and cocaine use.
- Some symptoms are sudden loss of consciousness, vision problems, seizures, stiff neck, mood changes, and vomiting.

Read more …A look at the causes and treatments for the type of brain hemorrhage Bret Michaels experienced -...

"This study adds to the previous body of evidence suggesting harmful effects of excessive psychological demands at work on cardiac health"
- Heart disease is the leading killer of men and women in Europe, the United States and many other rich nations.
- Nurses who said their work pressures were a little too high were 25% more likely to develop heart disease.
- Those who felt work stress was much too high were 35% more likely to have heart disease.
- Stressed employees may pick up unhealthy habits and add to their risk of developing heart problems.

Excessive salt intake is associated with high blood pressure, which can damage the arteries and lead to heart disease, stroke, and other health problems and linked to health care costs.
- A reduction in salt intake of just 1g or about 400mg would produce large declines in the rates of cardiovascular events.
- Cutting salt intake by 3g or about 1,200mg the number of heart attacks in the U.S. could decline by up to 13%.
- New cases of heart disease and the number of strokes could also be expected to decline by up to 11% and 8%.
- Processed foods, not salt from shaker, account for 75% to 80% of salt consumption.